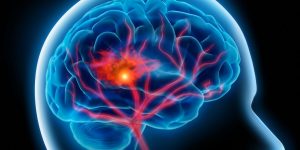 A stroke occurs when the blood supply to a blood vessel in the brain is blocked or a blood vessel breaks causing brain cells in the blood vessel territory to die. Brain cells do not regenerate. The problems experienced after a stroke like the inability to move one side of the body like before, numbness on one side of the body, speech or visual problems are usually a result of brain cells that have died due to stroke. Persons who have had one stroke are at risk of having another stroke. It is important that you practice secondary prevention of stroke now, and this Stroke education sheet will help you and your family do just that. Please be sure to ask your doctor any questions about this information or any other questions about your health.

___What to look for: Warning signs and symptoms of stroke

___What to do if you’re having symptoms: Call your doctor

___What you should know: Personal risk factors for stroke

What risk factors for stroke can’t be changed

What stroke risk factors can be changed, treated or controlled?

___ Follow-up medical care after you leave the hospital