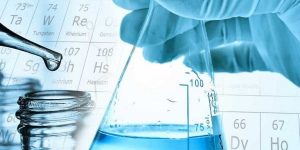 Warning symptoms in the beginning are often worse when you are near the chemical exposure and get better away from the exposure. You can “be a detective” and prevent chemical injury with disability.Using drugs to make symptoms go away can “turn off” early warning allowing further more silent chemical damage. Helping symptoms with medications temporarily is okay but repeated symptoms can be a warning. Do not neglect the warning since drugs cannot heal chemical injury.

The types of warning symptoms differ somewhat with the chemical(s) involved, and with the individual(s) exposed. At first only one or a few symptoms may occur. With more exposure, symptoms often get worse and more symptoms develop. Look for these warnings:

Scientists now know there is no barrier between the nose and the brain. The brain extends into the nose with small nerve endings in the lining of the nose. This is called a cranial nerve for smell (olfactory nerve). Chemicals breathed in the air or put or sprayed into the nose can pass through the nose lining (mucosa) and enter the brain. This can cause warning symptoms with chemical exposure:

If you notice repeated, significant or worsening of any of the above symptoms, seriously consider a chemical cause:

Rashes with burning suggest chemical exposure. Hives may indicate chemical exposure or regular allergy. Redness with itching on back or upper center chest where you sweat may be your body’s attempt to clear out chemicals. Watch what you are exposed to when rashes/skin effects are worse.

These are often later warning signs that chemical inflammation is becoming chronic. Usually when chemical exposure is a factor, you will also have some of the symptoms above.  Carefully think about your exposures. The longer/more severely you have been affected, the longer it may take you to notice some improvement with reduced exposure.

However, even a weekend or week with lots of fresh air (avoid pesticides, etc. there) may give you a hint if some of your symptoms get better even temporarily. If they again get worse returning to your former situation, a chemical link is more likely. More severely affected people need more time away from exposure to notice improved symptoms.

“Acid reflux-like” symptoms are common in chemical injury. This can include irritation/burning feeling in the stomach or esophagus area (mid upper abdomen, lower middle chest), gas/bloating. If these symptoms are or become frequent or serious, consider a chemical cause.

When these symptoms are caused by chemical exposure, your stomach/esophagus is more inflamed, (see chemical inflammation below) and NOT because of increased acid. Before repeated use of acid blocking drugs, ask your doctor.

DON’T TREAT YOURSELF WHEN THERE IS A DOUBT,JUST ASK YOUR DOCTOR.