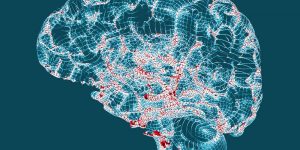 Alzheimer’s disease and other kinds of dementia

Many of us forget things as we get older. But if someone has Alzheimer’s or another type of dementia, this forgetfulness gets very bad.The symptoms get worse over time and it can be a great strain to care for someone with Alzheimer’s.

We’ve looked at the best and most up-to-date research to produce this information.

You can use it to talk to your doctor and decide which treatments are right for you.

What is Alzheimer’s disease?

Alzheimer’s disease is the most common type of dementia. Dementia is a term doctors use to describe what happens when someone’s brain stops working properly. Other common types of dementia are vascular dementia, which can happen to someone who’s had a stroke, and Lewy body dementia. Dementia is an illness. It’s not a normal part of getting older. But dementia is more common in older people. It’s possible for younger people to get Alzheimer’s, but it’s rare.

What are the symptoms?

The first sign of Alzheimer’s disease is usually mild forgetfulness. At first, someone may have trouble remembering small things, like what they did yesterday. They may get lost or confused easily. Eventually, they may forget how to do important, everyday things, like cooking meals, getting dressed, or using the toilet. They may not recognize even close family members. This can make it very hard for someone with Alzheimer’s to look after themselves.

The symptoms usually come on gradually. It’s often a friend or relative who notices the illness and suggests seeing a doctor. But for someone who’s had a stroke, dementia can start suddenly. The problems someone gets because of dementia can make it seem as if that person’s personality has changed. They may become agitated or moody, pace about, or wander off. They may have trouble talking or understanding you. Some people imagine that things are happening to them (they have delusions) or see things that aren’t really there (they have hallucinations). This can be upsetting. For example, someone may think that people are trying to hurt them or steal their things. Some people become aggressive. It can be very difficult seeing someone you love change because of their illness. There will probably be times when it seems as if they’re being deliberately difficult. But it’s important to remember that your relative or loved one can’t help their behavior. Often, someone with Alzheimer’s won’t realize that anything’s wrong.It may help to try to relate to what the person is feeling, rather than what they’re saying. For example, if someone thinks their things are being stolen, they may be anxious about forgetting where they’ve put things, you could try putting labels on things, or making sure things are always put away in the same place. If your loved one or relative has delusions or hallucinations, there’s no point in trying to persuade them that the things they think are happening aren’t real. It’s better to gently distract or reassure them than argue. Simple things, like going for a drive or listening to music, may help. You also need to make sure you have some time to yourself. It may help to have a few days away every so often, if possible, you may feel guilty about doing this. But looking after your own needs will help you take care of your loved one better.

Unfortunately, there’s no cure for Alzheimer’s disease and most other kinds of dementia. There are medicines that can help a little with forgetfulness and confusion. But they don’t work for everyone. Drug treatments are only a part of the care that people with dementia and their familiesneed. People with dementia will eventually need lots of help looking after themselves.

Some studies show that a herbal remedy called Ginkgo biloba may help people with Alzheimer’s disease and other kinds of dementia. In these studies, people who took it could think more clearly and got on with other people better. However, some newer and better quality studies found that Ginkgo didn’t help. Any benefits from this treatment are likely to be small.

Getting the most out of life

Some therapists use things like word or number games, practicing with money, or looking at pictures of famous faces. This is called cognitive stimulation. To help someone with dementia feel involved with life, they may be encouraged to talk about people in family photographs, play games, or do jigsaws. A large calendar or a blackboard can be used to remind people about what’s happening that day. This kind of approach is called reality orientation. Music therapy can also be used to try to help someone with Alzheimer’s feel happier or more relaxed. It can involve listening to a CD, going to a concert, or even dancing, or playing instruments. Some research suggests music can help people feel less restless and upset.

Occupational therapy aims to help people stay independent. An occupational therapist can give advice on how to make day-to-day things easier. They can also suggest how to adapt someone’s home to help them cope.

A treatment called reminiscence therapy aims to help people exercise their memory. People with Alzheimer’s can often remember things that happened a long time ago better than things that happened recently. A therapist might ask someone questions about their childhood, or suggest they handle objects from their past. There’s not much research, but it may help. Even simple things, like aromatherapy, playing with a pet or listening to music, may help someone with Alzheimer’s feel happier about life.

Treatments for people who are agitated or distressed

Some people with Alzheimer’s disease become very distressed at times. They may get upset and anxious, or become convinced that unpleasant things are happening around them. Some people become angry or even aggressive. If these things happen to your relative or loved one, there are several treatments that their doctor may suggest. Before considering medicines, it may help to think whether any changes to someone’s care could help them be less distressed. For example, someone might like more privacy, or want to be kept busy more of the time. Poor eyesight can make hallucinations more likely, so an eye test might be a good idea.

It’s hard to know how quickly someone’s symptoms will get worse. Everyone’s different. Some people stay the same for a long time. Others have some good days and some bad days. Eventually, most people with Alzheimer’s need help with everyday things, like getting washed and dressed.

People with mild Alzheimer’s may wish to plan for the future and discuss their treatment with relatives. Some people write an advance directive describing the care they’d prefer.

People with dementia can lose the ability to keep track of money. So it’s important to decide who should help with decisions about money and health care.

If you’re on your own and caring for someone with Alzheimer’s or another kind of dementia, there will be a time when it becomes hard to cope.You may be able to get help at home, or think about full-time care in a nursing home. Remember that there may be a charge for these services. Decisions about caring for someone you love can be difficult and upsetting. It’s probably wise to think about these things sooner rather than later. This gives you plenty of time to look at the options and make the right choice.

You also need to make sure your own health and wellbeing don’t suffer. It’s important to remember that your loved one will probably need full-time care, possibly in a nursing home, at some point. It may help to prepare for this in good time, even if you think you’ll be able to cope for a while yet.